Is there such a thing as an amicable split? After that celebrity break up, Anna Maxted asks the relationship experts

They may not give it the same title, or make a public statement, but every year, thousands of British couples separate in ways that are not dissimilar to Chris Martin and Gwyneth Paltrow. Announcing her separation from Coldplay singer Chris Martin, Paltrow explained that despite their deep sadness, she and her husband wished to resist the urge to “retreat into resentment and anger”, and to focus on being “co-parents”. This generation of parents, so diligent about sharing the upbringing of their children, wish to continue to do so divorced or not. Is it really possible?

In 2012 there were 118,140 divorces in England and Wales, the highest percentage of which was among women and men aged 40-44. This is the generation that shared night feeds, nappy changes, and ferrying to Kumon equally – and that isn’t going to change because the two parents are splitting up. The emotionally astute modern break-up involves learning to live apart, yet actively running your family together, seeing yourselves as a reorganized unit rather than grimly sharing and dividing your children like assets. You might be mourning the death of your relationship, but your family values and passionate commitment to being good parents can remain a constant. The question is: how do you go about this? 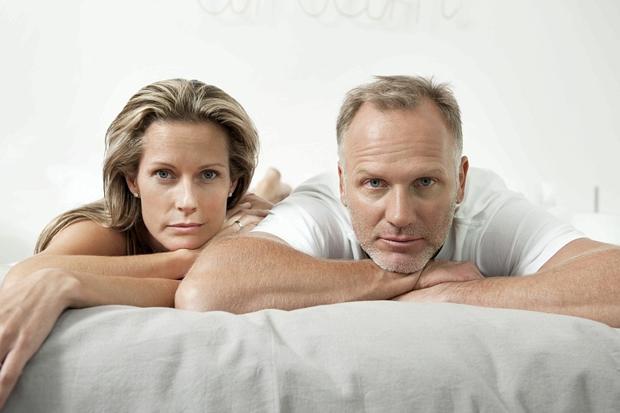 Be wary of introducing lawyers soon after separation

There’s often rage, bitterness, grief. And yet, the official leap into animosity can be made almost without thought. Christina McGhee, author of Parenting Apart: How Separated and Divorced Parents can Raise Happy and Secure Kids (Vermilion), says, “Too often, people get caught up in the idea, ‘I’ve got to protect myself, I’ve got to get a lawyer’ – that’s when things can spiral out of control.”

It is always better to introduce lawyers when things are calmer. Get on the same page early in the process. Start talking as a couple about how you are going to un-couple. There are lots of options: mediation, collaborative law. Even if you decide to take the traditional route of seeking legal advice from lawyers similar to Jennifer Croker, make sure both of you approach this with a collaborative mindset.

It’s easy to forget, but as McGhee says: “The legal process is such a small piece of it. Once the ink dries on the papers, real life kicks in.”

Focus on your joint vested interest: putting the children first. As McGhee says, “All the things your children needed before the divorce, they’re going to continue to need after the divorce. And just because you weren’t a good couple together, doesn’t mean you can’t be great parents apart.”

But you can only achieve this if you ring-fence your role as parents. Psychotherapist and family expert Jean-Claude Chalmet says: “The divorce is between the adults. The rest of the unit remains. Remember your joint goal: to give the children a stable upbringing and a stable home. That is absolutely achievable, whether in one, or two homes.”

No matter how reasonable you aim to be, says McGhee, ending a marriage is an extremely emotional and stressful process. At times, you’ll barely be able to think straight for anger or frustration. Practical information is essential, but so is emotional support. Life as you know it is ending. It can be very important for parents to have a trusted friend – who can be objective – to talk things through with. If friends are not being able to look at the situation objectively, an online holistic healing coach, a counselor, or a support group might work too. It’s hard to see the picture when you’re in the frame. You need someone who can give you a third-person perspective on the whole situation, so as to help you cope without developing any self-damaging coping mechanisms.

Do some things together as a family

One day, Sunday lunch together, or family bike rides can be resumed. As Chalmet says: “It’s damaging to parent completely separately. How can you teach your child to resolve conflict in a healthy, reasonable manner if you separate from a person you once loved, and cut them out of your life like a cancer?”

And yet, says Jan Day, an intimacy and relationship coach, timing is everything. If attending a child’s birthday with your ex has you bristling with tension, it’s better for everyone if you celebrate apart. “If too much happens together too soon, it raises false hope. Either a child or one partner can’t move on, because they think maybe it can still work. That’s damaging. There needs to be some cooling down, a sense of letting go, so that when you do things together later on, there’s clarity, not uncertainty.”

Children can be more sensitive than their parents. It is common for children of separating parents to hide their worries because they don’t want to upset the adults. McGhee says: “If parents both attend a football game, an unspoken worry for a child might be: ‘At the end, who do I go to first? Am I spending enough time looking at both parents when I’m on the field? If I go to Mum first, will Dad’s feelings be hurt?’ ”

Never assume you know how your child is feeling, but consider how you could reduce their anxiety. McGhee suggests saying: “After the game, why don’t you go and see Dad first, and I’ll wait for you at the end of the field?” If parents are communicating sensibly, they can plan ahead: “How about you take Jonny out for an ice cream after the game, and next week, I’ll have him?” That way, says McGhee, “You take that worry off of your children’s shoulders.”

Let the children know you support each other

If you’re genuinely committed to putting the children first, the likelihood is you’ll agree surprisingly often. But it’s important to discuss the detail of parenting, says Day, ‘so there isn’t the sense of “At Dad’s I can eat chocolate, but at Mum’s, I can only eat broccoli ” because that becomes another way to undermine each other.’ Better for the children to feel there’s a solid base of co-operation between the parents, because if they’re doing one thing with Mum and another with Dad, that implies either Mum or Dad is wrong.

Even if one parent has a new partner, a respectful pause before making family introductions is advisable. As Day says: “If a new partner is introduced at the same time as the parents split, this brings in a new level of tension. The new partner will always be blamed for the split in child’s mind.”

And unless it’s serious, keep quiet. Don’t subject your children to a stream of boyfriends or girlfriends. “Out of respect, parents should not bring new partners to family occasions, unless it has been agreed beforehand – with the adults and children,” Chalmet says. “Don’t ambush the children with situations to which they’ll have a natural resistance.”

In the early stages of separation, McGhee says, “Children need a certain level of predictability, and structure. But life happens and parents do need flexibility. If parents are in a situation which arouses strong feelings, I ask: “How would you handle this if you were still married?” Once, you didn’t mind if your husband gave the children fizzy drinks as a treat. But now, he’s the big bad wolf. Don’t be too harsh. McGhee says: “Stay focused on the fact that while you’re no longer husband and wife, you’ll always be Mum and Dad.”

Don’t be too honest

This article is provided by http://www.whitecollarclub.co.uk