Parents should not sleep in the same bed as babies under the age of one to avoid the risk of cot death, the NHS treatments adviser says.

In an extension of present guidance on the dangers of “co-sleeping”, the National Institute for Health and Care Excellence (Nice) says that parents should avoid it completely for the first year of a baby’s life. Midwives and GPs have been urged to tell parents more about the risk of sleeping alongside young babies, which is even greater if parents smoke, have been drinking are tired or have a premature child.

Guidance tells parents there is a greater risk of cot death when sharing a bed under the age of 11 weeks, particularly when they smoke or drink, and that sleeping with a baby on the sofa is risky. In an update, out for consultation today, Nice says there is evidence to tell parents to avoid sleeping alongside babies until they are one year old. 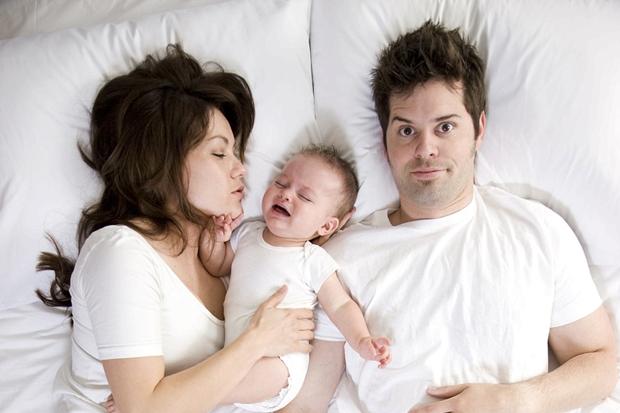 Professor Mark Baker, Nice’s clinical practice director, said: “Falling asleep with a baby, whether that’s in a bed or on a sofa or chair, is risky. It’s imperative that all parents and carers know about the association between sudden infant death syndrome and falling asleep with a child under the age of one.”

Despite big falls in cot deaths since a “back to sleep” information campaign warned parents not to let babies sleep face down, about 300 babies still die unexpectedly every year. Professor Baker said studies had shown a link with falling asleep with a baby. He added: “We recognise that some parents may choose to share a bed with their baby because it could make breastfeeding easier, or for cultural reasons. Or they may be forced to co-sleep because they may not have the space or money for a cot. This is why it’s so important for parents to understand what the risks are.”

Francine Bates, chief executive of The Lullaby Trust, said: “We now urge all health and early years professionals to discuss safe sleeping with all new parents as a matter of course.”

This article is provided by Fitness Socialist Blog.