It’s the latest child-rearing method in America. But is it good for the family, asks Viv Groskop

What are your plans for today? If you are a parent, the chances are that they will revolve around your children, from ferrying them to various Saturday morning improving activities to worrying about how to get them to sleep. A recent US survey suggests today’s mothers spend more time with their children than mothers did in the 1960s. Fathers, meanwhile, spend nearly three times more with their children than in 1965, according to Pew Research Social and Demographic Trends. Is this good news as we share the load, spread the love and give our children the adoration they deserve? Or are the child-centric adults in the house going quietly, obediently mad?

Possibly the latter. American parents are turning away from the hands-on, self-sacrifice of “attachment parenting” (the idea, championed by paediatricians such as William Sears, author of The Attachment Parenting Book, that strong physical ties between parent and child will lead to strong emotional ones) and heading in the opposite direction: towards “detached parenting”. According to psychologist Heidi Smith Luedtke, detachment parenting is all about standing back. “A teacher would never dream of starting the school year without a written list of class rules prominently posted on the wall, and smart parents adopt the same strategy,” she says. Smith Luedtke, the author of a new book on the topic, Detachment Parenting: 33 Ways to Keep Your Cool When Kids Melt Down, adds: “When your child’s tantrum might lead to a mommy meltdown, step back and observe, like a scientist watching chimpanzees in the wild. Don’t react. While you observe, ask yourself what you would say to someone else’s child in the same situation. Your response is likely to be less emotional and more helpful.” (This does not sound too detached to me. It just sounds sensible. If slightly unrealistic during a “mommy meltdown”.) The idea of “clarifying ownership” is important — separating your child’s feelings about a situation from your own, so you don’t focus on yourself, don’t over-react and are better able to help them to deal with it. 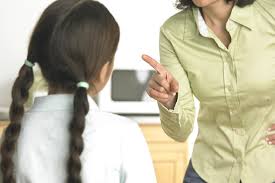 Smith Luedtke, a mother of two, admits the term “detached parenting” is not a concept most people understand yet, even in the US. It’s still misunderstood because people assume it is an attack on attachment parenting. Which, apparently, it’s not. “I am not personally opposed to breastfeeding, demand-feeding or co-sleeping. And I’ve incorporated some components of all of them in my own parenting,” she told me. “But, to me, this modern discussion of parenting is missing a crucial component. No one is talking about the physical and emotional toll that this takes on parents and the trickle-down effect on the children. The neverending demands of modern parenting leave many parents with the strong sense that they cannot ever do enough for their children. They are exhausted and short-tempered because they have little time or space for themselves, and they don’t know how to dial down these bad feelings so they can keep calm and ‘mom on’. In trying to give kids their best they sometimes wind up giving them their worst.”

Her message is not an easy one to get across, though, she says. She is not advocating doing the opposite to attachment parenting: “Bottom line? Parents who want to maintain healthy attachments should step back emotionally when feelings flare so they can act productively.” On the other hand, she believes the culture has gone too far in one direction. “I can’t speak for all parents, but I think some find the constant demands of techniques associated with attachment parenting overwhelming. Parents don’t see how they can take good care of their children and take care of themselves at the same time. For some parents, attachment parenting feels unbalanced and unsustainable.”

Until recently “detachment” versus “attachment” was a debate confined to American talkboards. Proponents of attachment parenting saw those in the detachment camp as being cold and hard-hearted, putting themselves first; while detached parents saw the other approach as smothering. While Smith Luedtke may be trying to take control and take some of the heat out of the arguments, it’s easy to see why people feel strongly. The temperature was raised online recently when an angry article by American novelist and former nanny Nicola Krauss went viral on Huffington Post. “What happened to my generation?” she asked. “I did not see this level of masochism coming. I understand full well that we all had narcissistic parents, postwar babies of trauma victims who subsisted on rationed sugar and rationed affection. Our parents divorced en masse, were closeted if they were gay, left us to ‘find themselves’. But trying to keep your child in your bra is not the answer.”

Echoing Smith Luedtke’s love of the teacher figure, Krauss argues that it is the responsibility of parents to teach children things, including self-confidence and self-reliance. This sounds dangerously like what my mother calls “no mollycoddling”. Krauss recommends a book called Twelve Hours Sleep by Twelve Weeks Old: A Step-by-Step Plan for Baby Sleep Success. Until recently no well-to-do American parent would own up to even glancing at such a book, so fashionable have extended breastfeeding and co-sleeping become. The reviews of the sleep bible are almost tearfully grateful: “Raise your baby however you want. But if you want to sleep through the night every night, buy this book”; “Give it a try before you jump to negative conclusions”; “This has become the gift we give to every new parent we know”. Krauss loved it, she says, because of its declaration that “the very first thing we have to teach them, right out of the womb, is to self-soothe. That self-reliance and self-confidence needs to be rooted in the core of their being. That thrilled me. I want a daughter who believes that she has everything inside her to meet all of life’s challenges and isn’t waiting for some invisible hand to help her do something as simple as fall asleep”.

When Judith Warner’s book Perfect Madness: Motherhood in the Age of Anxiety was published almost a decade ago, its tales of über-involved soccer moms and helicopter daddies were seen as extreme. “Why do mothers — and fathers, too — obsess about every detail of their children’s development and their own abilities as parents? How did we lose the notion of adult time and space?” But they soon played out in the mainstream and now we are starting to see the backlash. Hers was a plea for detached parenting before there was a word for it. In recent years the vogue for books admiring the parenting skills of laid-back French mothers offered a clue to which way the wind was blowing. “A slower, less stressful pace of family life isn’t just more relaxing for grown-ups. It’s also good for kids,” writes Pamela Druckerman, the author of the bestseller French Children Don’t Throw Food. “French parents want to be the boss, but they also want to be in tune with their child’s subtle clues.” (Again. Not so detached after all, then.) The French essayist Nathalie Monsaint-Baudry agrees: “In the United States, houses are so ‘child-proofed’ that one has the impression that it’s the parents living with their kids, not the other way around.” Now parents are fighting back and making their little emperors stand on their own two feet. Financial training for children is becoming hugely popular in the US with weekly podcasts such as The Money Jar teaching “strategies for saving $25,000 by the age of 25” and earnest articles about the cost of cool: “Time is money: tips for kids and parents.”

Some US parents, however, see detachment parenting as yet another marketing push. The blogger MilkChic writes of her distress at the baby bottle manufacturer who uses the slogan: “New baby? Reclaim your wife.” This is where the debate splits into political camps. Proponents of attachment parenting argue that the old-fashioned way (“Why not get some time away from your baby!”) is actually sexist: women are not there to be reclaimed and fathers are not desperate, insecure figures with no role to play. On the other hand, fans of detached parenting claim their ideas are more advanced because they’re more feminist (the mother is freed to do what she wants and not bound to the child).

Smith Luedtke says that it doesn’t have to be so polarised, that there’s room for both approaches. “Attachment parenting focuses on what parents do for children in order to build strong bonds,” she says. “Detachment parenting focuses on what parents can do for themselves and their children to help everyone develop emotion-management skills, including boundary setting, positive thinking, help and support seeking, self-compassion and forgiveness. These skills help parents preserve strong bonds despite the inevitable ups and downs of family life.”

Over here, Daisy Waugh’s new book I Don’t Know Why She Bothers(out in July) celebrates “guilt-free motherhood” (surely an oxymoron) while the latest research from babycare company NUK says that in the UK “87 per cent of mothers feel guilty at some point with 21 per cent admitting they feel this way most or all of the time”. For now, this mother of three will be taking the British path of least resistance: I will try to “mom on” in a haphazard, semi-detached manner.

The “stress-less” guide to raising children, according to Heidi Smith Luedtke, psychologist and author of Detachment Parenting:

Step away from a tantrum
Detachment parenting is about having the skills to step back from an intense emotional situation (such as a temper tantrum or argument) and regroup. It is about intentionally talking and acting in ways that help children to develop healthy coping skills (for instance, labelling feelings, talking through dilemmas, being mindful and grateful).

Don’t try to make everything all right
Teach coping skills rather than rushing in to fix kids’ problems for them. It is not about avoiding bad feelings. They are inevitable.

Be aware of what’s going on around you
Each of us “catches” bad feelings from the people around us — psychologists call this emotional contagion. We must be able to stay present and calm if we want to help kids to learn and grow.

Stay calm
If we can’t stay focused, we undermine the bonds that we’ve established with children and cause them to feel uncertain about how we’ll respond in the future. Parents’ strong negative feelings can leave kids feeling unsettled, as if they are walking on eggshells.

Be consistent but respect change
Consistency in day-to-day interactions sets clear expectations for children and reduces stress for both children and parents. However, children’s needs and abilities change and parents’ approaches must allow and facilitate that growth. We want to give children a firm foundation but we don’t want to tie them down to it.

This article is provided by http://www.Pinkonion.co.uk