One of the many ways through which life just has a way of turning out in a way you’ve not planned is when you find yourself with the rather precarious task of trying to change your child’s name. There are so many channels through which to get parenting guidance on just about anything these days, but changing your child’s birth name certainly doesn’t make up one of the topics in a typical parenting handbook. 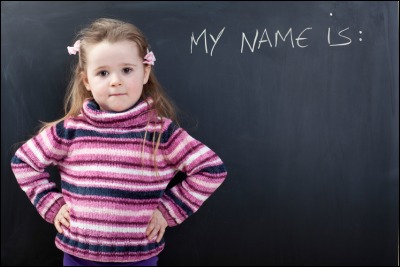 For those parents or even legal guardians to whom the need to entertain the thought of changing their child’s name is one which they’ve never been met with, it might even seem extremely strange to discuss this possibility. The truth is however, that there are a whole lot of very legitimate reasons why one might want to amend or completely change their child’s name, not all of which are as a result of a negative series of events. The required name-change could very well be for spiritual or religious purposes, it could be for legal purposes (i.e. inheritance terms, adoption, change of parental responsibilities, etc.), or it could even just be a matter of a very liberal parent (or parents) allowing their child to choose their own name. That said, there are definitely some unfortunate reasons for having to change your child’s name, which in a sense force you to do so. Perhaps the medical staff which was delivering your baby misspelt the child’s name and it’s since not been fixed until now. Maybe parents were pressured into giving their child a name they still feel unsatisfied with, or maybe your child’s name is simply causing difficulties in their development (naming your child “Adolf Hitler” might have seemed like a good idea for a joke, but as it turns out it just isn’t…). 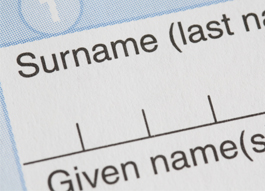 Go back a mere ten years and just getting the process of changing your child’s name started would have been a serious red-tape nightmare. Nowadays though, you can almost do absolutely anything online, which fortunately includes the process changing your child’s name. Well you can at least apply to get your child’s name changed online. There’s still all the underlying paperwork and protocols to be completed, but all of that really isn’t a hassle at all. This can be done through what is called a deed poll and contrary to what you may have heard, it could cost you way less than a full tank of petrol.

Put simply, if your reasons for wanting to change your child’s name come from a legitimate standpoint, you are free to effect a name change as many times as you wish and as often as you see fit. This means that if changing your child’s name isn’t for fraudulent intentions such as illegally trying to get out of paying debts, the entire process can be easily completed by simply applying online. 16 is the magic number in terms of age however, so if your child is over the age of 16 years, they’ll have to apply for a deed poll themselves to effect their name-change. For more information, visit the Simply Deedpolls web site.