All of us have friends that we love dearly but, bless them, their bad habits really annoy us! For those of you who have friends that smoke, you may be annoyed or you may be like me – terrified she’s going to get cancer. I don’t mind that she keeps disappearing for a smoke on a night out. I don’t even care that the car smells like an ashtray when I’ve given her a lift somewhere. I’m just genuinely worried for her health.

I know she’s tried to quit a couple of times. There was the gum chewing that actually was quite annoying to witness. And there were the patches that didn’t seem to help her at all. She just couldn’t stop fidgeting, which was annoying for both of us. She also seems quite worried about how her skin appears aged compared to her non-smoker friends. She’s always trying new anti-ageing creams. None of them helped her stop smoking though!

So what options are there now? I’m thinking about buying her an e cigarette kit. I hear they are a safer alternative to smoking. It seems you can even wean yourself away from the flavour of cigarettes by getting an e liquid refill in tastier flavours like fruit or mint. Best of all, she has something to hold in her hand to stop her fidgeting!

I’m not sure which model of e cigarette to buy her yet though. I know I want her to quit smoking altogether but I also know little steps are probably the best way to go in her case. I think buying a bundle with some nicotine-free options would be a little premature. Apparently the nicotine strength can be lower though, so it’s a step in the right direction.

I know it’s a long journey to quit smoking, so I think some other lifestyle changes might be in order. For people who like to smoke during breaks at work, finding something else to do could help. In places where the use of cannabis is legal, that could be a good alternative to try out in small doses. Herbs like cannabis are said to be stress relievers, and using them via vapes can be of benefit in many ways. Of course, understanding the herb, its vaping options, and reading about dispensaries from resources like peak 420 reviews can help in making an informed decision regarding procurement and use. Knowing the body’s limits and regulating doses accordingly should be taken seriously. Other things like enjoying a smoothie in the canteen could be a good idea. Some people prefer to stay indoors when they’re quitting so they’re not tempted to light a cigarette outside. 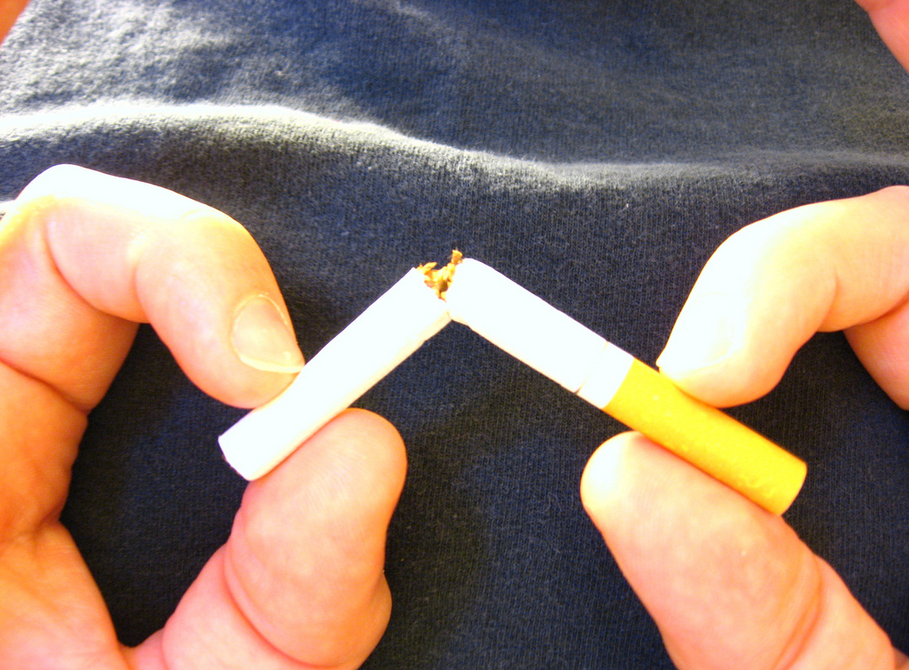 A lot of people tend to eat something or chew something when they’re craving a cigarette. I think buying some dried fruits and seeds might help. I hear chocolate helps a lot too, but if she’s watching her weight, she might not appreciate that. However, dark chocolate drops are lower in fat and calories, and may even have some health benefits. Could be worth a try!

I know quitting smoking is hard and very unpleasant to have to go through. If it doesn’t work the first time, don’t stop trying to quit. There are lots of ideas and ways to get through the cravings. There are plenty of friends out there willing to lend a hand too. I think it’s easier with some support, whether it’s from a friend or a support group. If you’re hoping to quit this summer, why not try some of these ideas. Good luck!