A parenting class in the north of Scotland brought Kevin Maher down a level or two. It’s a lesson he’s never forgotten

There can be few sentences more dispiriting and downright repellent to first-time mums and dads than a chirpily fired, “So, how about eight weeks of intensive parenting classes, eh?” And yet this, after a gasp-inducing survey into the emotional lives of contemporary toddlers, is just the kind of social panacea that The Sutton Trust is proposing.

Apparently almost half of children — from all social classes — surveyed by the education charity had failed to bond with their parents by the age of 3. And in this failure there is, allegedly, the foundation for misbehaviour, underachievement in education, poorer employment prospects and social problems in later life. The trust, like a kindly dinner guest who doesn’t want to upset the host, has stopped short of declaring that modern parents are rubbish but it has nonetheless recommended that parenting classes might be the way forward. 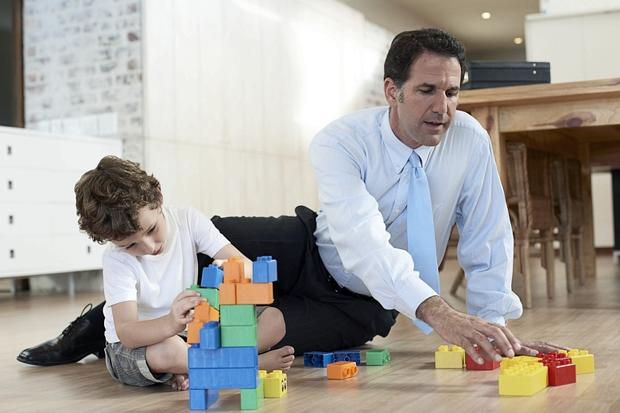 Naturally, the emotive response, particularly from new parents, is to flinch with horrified indignation. “I don’t need parenting classes! What am I? A hippie? I was parented, and I didn’t turn out too badly. I can ignore, shout, swear and send straight to bed with the best of them.” In fact, I was that soldier, and I remember now, with blood-curdling embarrassment, just how I introduced myself to the parenting class that I attended a decade ago in the north of Scotland. Cynically scoffing and simmering with resentment, I announced that I had a two-year-old boy, that I had been dragged there by my wife and that, losers, I was totally up to speed on this whole parenting lark, thank you very much. Oh, how wrong I was.

The classes were a revelation. Eight weeks. Every Thursday evening. A smattering of the many obvious and not so obvious ways in which to interact with this new and precious stranger in your life who, despite boasting your eyes, your hair colour and your funny walk, operates on an entirely different set of communicative principles and emotional assumptions.

My favourite class was the height lesson. Here, the “teacher” split the group, about 18 strong, into pairs of so-called “talkers” and “listeners”. She asked us to participate in a public-speaking exercise during which the “talkers” would speak to the “listeners” for two minutes on a subject close to their hearts. There was just one catch — they had to deliver their speech while on their knees, while the listeners stood above them. I was a talker. I spoke about the creative collaboration between John Ford and John Wayne, from Stagecoachto The Man Who Shot Liberty Valance (well, you’d have to, wouldn’t you?). With head tilted back and eyes cranked upwards, I lasted about 20 seconds. Then, strangely enervated, I gave up.

The lesson, naturally, was about the role that the height difference plays in the relationship between adult and child. It was designed to encourage parents to drop down to toddler level whenever possible. I did it the next morning after that class and have been doing it since. I have a three-year-old now, and I practically live on the floor. Which may not guarantee the emergence of a super-stable, emotionally satisfied child. But, well, it’s more fun that standing, staring and scoffing at parenting classes.

Sanitise or the bunny gets it
Fatal Attraction is back! And in the West End! On stage! And with a kinder, softer, more sympathetic female psycho-villain! Er, what? Yep, according to original screenwriter James Dearden, the infamous jilted lover turned bunny boiler played by Glenn Close in the 1987 hit movie was apparently too much of an hysterical caricature (really? You don’t say?) to foist upon the sophisticated sensibilities of modern gender-neutral audiences.

Which, ultimately, is only slightly less insane than the act of bunny boiling itself. Because, well, the psychopathic villain is the whole point of Fatal Attraction. It’s an archetypal Eighties moment, no more ideologically dubious than an episode of Dynasty, or the pages of Cosmopolitan. Giving it a contemporary gender-friendly makeover seems like the worst kind of condescension. What’s next? My Fair Lady, but she runs her own flower business? Pretty Woman, but she’s an IT entrepreneur instead of a prostitute?

The first among soccer dads
Great. Thank you David Cameron. Just when it seemed that things were calming down on the sidelines, along comes the PM and, in a much publicised interview with actor James Corden, announces that he’s “a soccer dad now”. Which, apparently means taking son Arthur “down to the football club in the local village, standing on the touchline and shouting with all the other parents”. No!!! Because shouting on the touchline is exactly what we don’t want. Down that road lies anarchy.

Local football clubs across the land are constantly struggling (I know mine is) to maintain that delicate hierarchy of noise between shouting managers, barking coaches, and effing and blinding crazy-eyed parents. Here, e-mail edicts regularly ping about from club to parents, begging them, ordering them, besides clapping and cheering, to otherwise keep shtoom. Now that Cameron’s joined in, you might as well crack open the loud-hailers.

This article is provided by Susan.