Parents should leave children to protect themselves against low-level bullying, an academic has suggested.

Overprotective parenting allows bullying to flourish because children do not become “inoculated” by dealing with conflict on their own, Dieter Wolke said.

The professor of psychology at Warwick University said parents who do everything for their children often fail to equip them with the self-sufficiency to deal with a bullying attack.

“Overprotective parents like to be involved in everything with the child,” Professor Wolke told the Times Educational Supplement. “They’re all the time around the child. They intervene. They’re often anxious of letting them do things on their own, like climbing a tree.

“It’s very risk-averse, anxious behaviour. It takes something away from children: the ability to deal with social situations. 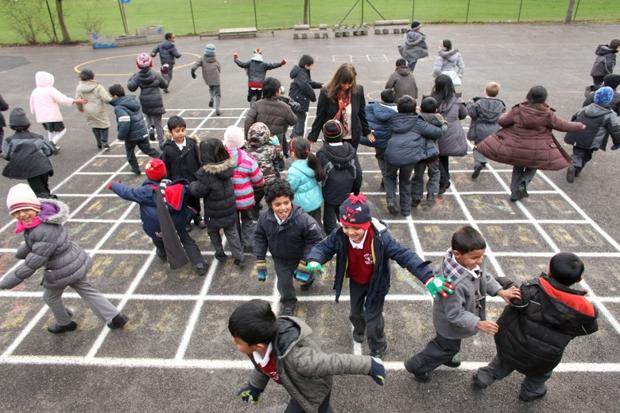 “Overprotective parenting is related to those who become victims. It’s like you don’t get an inoculation: a small dose given so that you can fight the disease.

“Small conflicts are absolutely normal. But if you’re never exposed to them, you never learn how to deal with them and you never develop strategies yourself.

“The second part of overprotective parenting is that when their child gets bullied, then all hell sometimes breaks loose. They phone the school, they want meetings with the headteacher, they may phone the parents of the bully.

“Some parents are very anxious about their children. They’re anxious about tasks where the children could injure themselves. So they think they do a really good thing if they intervene all the time.

“But what they communicate to the child is: ‘My parents worry all the time because they think I’m useless’.”

Teachers might notice that a child seems fearful or insecure and, Professor Wolke added, “the problem is what the teacher sees is also seen by other children. If you start crying and run away, a bully will home in on you.”

Claude Knights, the chief executive of Kidscape, which works with bullies and their victims, told the magazine it could take less than a minute for children to identify someone as a victim.

“It can take 20, 30 seconds to gauge someone. If you have a victim script, with all the passive behaviours and triggers that bullies are looking for, then it doesn’t matter if you change schools.

“Some families change schools two, three times, and the child is bullied every time. The bullies see that you’ll play that game. I’m the bully, you’re the victim. Then it all starts over again.”

Parents can blame themselves and become very angry, she said: “Anger is very common. There’s a lot of anger: against the school, the bully, the bully’s family.”

Of victims she said: “We’re gradually building up confidence, building up the person. It’s about the way you sand, the way you project yourself. Eye contact is very important. These are life skills.”