Companies are rushing to sponsor the increasingly popular blogs that offer tips on parenting.

Scott set up British Mummy Bloggers,http://britishmummybloggers.ning.com, in late 2008 to create a focus for the nascent community. She now runs four different blogs:A Modern Mother, Thames Valley Mums, London Mums and Ex Pat Mums, and the community has grown to more than 225 members, with new ones joining every week. The response has surprised Scott, a media and technology consultant from San Diego. She says that she expected Brits to be more reserved about blogging.

“Americans are more open to spilling their guts out to people who they don’t know,” she says. Yet in the UK, “people are coming out of the woodwork”. Many of the group’s members are recent converts, having started their sites in February or March, she says. And as their numbers have grown, so has the interest of corporations and PR agencies, who are doing all they can to woo the affections of mothers in an attempt to get their brands talked about.

“Six months ago, it was one or two [pitches] a month. Now I’m getting at least ten a week,” says Scott.

The relationships between British mummy bloggers and advertisers or PR agencies is low-key and low-cost. Usually, bloggers get free products to review or the companies arrange for events or days out for bloggers to meet one another and provide feedback on a product or service. One of the most hallowed baby brands, Silver Cross, has just signed on to sponsor the British Mummy Bloggers site for £200 a month and cover the nominal cost of occasional meetings for the members The stakes were upped when Disney flew seven mummy bloggers to Florida earlier this month — without children — to experience the Disneyland magic for a week — the British parent blogging world buzzed with the news. Other bloggers clamoured to find out how it had come about. All the women documented their trip with posts, pictures, video and tweeted updates. 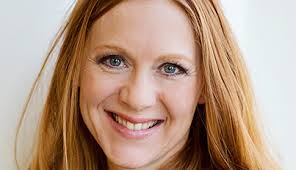 A competition offered by Kenco on Mumsnet.com, the UK’s busiest online parent community, created a similar buzz. Three mothers from that community were taken to visit coffee farms in Costa Rica, and then blogged about the experience on the site. “I think that’s a very sensible strategy for a company. If it works, it works very well,” Justine Roberts, the co-founder and managing director of Mumsnet, says. “Particularly if they are trusted and high-profile members of the community.” The Kenco event also sparked discussion on the rights and wrongs of accepting a trip in return for blogging about a place or a product. “Some people debated the ethics of representing the company and blogging on their behalf. In the end, it was a real debate. It wasn’t contrived,” Roberts says.

Experts say that, for companies, blogs can be an affordable way to get a message out or to take the temperature of “regular” mothers who then tell their readers about the experience. Elisa Camahort Page, the chief operations officer of BlogHer.com , a leading US-based community for women bloggers, says: “Blogs also act not only as a loud speaker for the person writing but as entertainment for those reading.

“People are twice as likely to report turning to blogs for anything about information-sharing,” she says, citing the results of a recent BlogHer survey that compared blogs to other social media. The BlogHer directory lists almost 22,000 blogs and about 28 per cent of those are about parenting, she says, with fresh voices joining the blogosphere all the time.

So when companies plug-in to a network of mummy blogs they are in effect getting in on the mother-to-mother conversation, compared with the more formal relationship that journalists traditionally have with their readers.

This article is provided by http://www.macnewbie.co.uk