Charity speaks out on Rotherham

Sir, The reader who referred to the Rotherham victims’ parents as “the authors of all this misfortune” in her recent letter (Aug 29) negates the complexity of child sexual exploitation.

A child protection model that focuses on identifying risks in the home misses the needs of older children, who often believe they are in a consensual relationship with their groomer. It also fails to acknowledge that the grooming process relies on perpetrators deliberately driving a wedge between the child and their parents. So when the social worker reports an “unstable home life”, they are negating the possibility that it is the perpetrators of the abuse who have brought instability to a once normal, functional household. 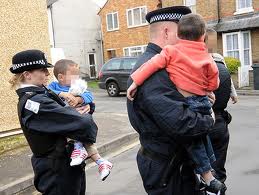 The charity I manage, Parents Against Child Sexual Exploitation (Pace), works with hundreds of parents who have battled for the police to take action against perpetrators of sexual abuse against their children. Many have kept highly detailed logs of their child’s abuse. Yet lamentably few parents have seen the perpetrator of the child’s abuse arrested, let alone prosecuted. The collective sense of frustration towards the statutory services is palpable.

We cannot afford to repeat the travesty of Rotherham. It is time to rebuild a sense of trust between parents and the police. That is why Pace is calling for every Police and Crime Commissioner to create multi-agency teams to work in partnership with parents and see them as part of the solution, not the problem. Only then can we learn from the horrors of Rotherham and focus blame where it should be — those who commit the abuse.

This article was provided by http://www.Welshview.co.uk