My youngest son turned five last month. If he were diagnosed with a brain tumour, like Ashya King, and if he were deteriorating after surgery, I know that I would pursue the thinnest threads of hope to the ends of the earth to save him. I certainly wouldn’t hesitate in spiriting him away to Spain as Ashya’s parents did. A diagnosis of a brain tumour is life-altering for everyone, parents would do anything to help their child, whether that is looking into gamma knife surgery uk or trying out different medicines that may make a difference. No one wants to give up, and Ashya’s parents were doing what they could for their child.

The story of Ashya King is a classic clash between official protocols and basic humanity. The hospital was right to tell the police that a couple had absconded with a very sick child. The police were right to ensure he was safe. Jailing the parents after it was clear that Ashya was safe and well, however, was in nobody’s interests. The European arrest warrant was designed to catch terrorists, not parents who have committed no crime. But still more pernicious than this, it seems to me, was the assumption that the state knows best in a situation when it is pretty clear that no one does. 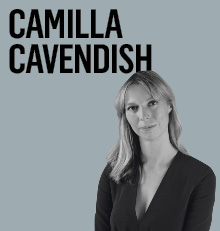 The proton beam radiotherapy that the Kings want Ashya to have is not a miracle cure: its success rate is low. That is no doubt why the doctors at Southampton General Hospital refused to refer him for it. It is less clear why they refused to let the Kings seek this therapy at their own expense, or to send Ashya’s scans to the Proton Therapy Centre in Prague that provides the treatment.

Bound by patient confidentiality, the doctors have not been able to defend themselves. This initially made me wary of commenting at all. But that changed when I watched the video made by Brett King, Ashya’s father, on his release from prison. Mr King said something that was horribly reminiscent of things I have been told by other parents. He claimed one of the doctors had “more or less threatened that if I question the treatment they will get an emergency protection order and take [Ashya] away from me . . . so in his deepest darkest hour I wouldn’t be there to look after him, and neither would my wife”.

The Kings look feisty and articulate, perhaps aggressive. They were probably a nightmare for the hospital staff caring for Ashya. That does not mean they should have been threatened with losing him. But far too often that is a default reaction of authorities against parents who defy them.

I was recently contacted by a family who believe their child has ME (myalgic encephalomyelitis). Their doctor prescribed psychiatric treatment that the parents claim made the child worse. They say the hospital tried to stop them getting a second opinion, even though they were happy to pay for it. When they finally got a second opinion, from a doctor who diagnosed severe ME, the hospital’s response was not to review its own treatment plan but to alert social services.

The parents are terrified that they are being presented as a risk to their child. There are mutterings about “fabricated or induced illness” (FII), a condition in which a parent either invents, exaggerates or creates their child’s illness. FII is similar to Munchausen’s syndrome by proxy (MSbP), the theory put forward by Professor Sir Roy Meadow, the paediatrician, in the 1970s.

These syndromes do exist: one of the mothers cited by Meadow had put her own blood into her child’s urine sample to make him look ill. But it is widely accepted that they are extremely rare: far rarer, I suspect, than the number of allegations that are routinely made.

Munchausen’s is a pernicious thing to be accused of, because one sign is that you are very concerned about the health of your child. The theory was tarnished after Meadow became associated with the wrongful murder convictions of three women. But FII is even more iniquitous than MSbP because one of the signals that someone has it is a refusal to co-operate with treatment. This brings us perilously close to the point where the state is presumed to know better than any parent who is concerned enough about their child to refuse a treatment that doesn’t seem to be working.

Other families are facing similar problems over children with ME and many are trapped in the catch-22 of FII/Munchausen’s. Over the years I have been struck that most of those accused of these syndromes turn out to have upset the authorities in some way. Some have complained about poor hospital treatment; others about inadequate help for a child with learning difficulties. Like the Kings, such families are often mouthy and independent-minded. Unlike the Kings, few are middle class with the resources and contacts to prevail against the system. And few will go public for fear that the authorities will take revenge by removing their children.

I’m not arguing that the authorities should never intervene. Jehovah’s Witnesses who refuse a vital blood transfusion for their child, for example, are certainly not acting in that child’s best interests – a point made exquisitely by Ian McEwan’s new novel The Children Act. And I have read enough serious case reviews to be in absolutely no doubt about the risk that some parents, step-parents and so-called “families” pose to children. But we have all experienced the high-handedness of the state. Whether it is the traffic warden or the health visitor, there is a hint of menace in far too many of our interactions with people who seem to enjoy the exercise of their limited power a little too much.

This creates distrust, which ultimately makes it harder to protect children. Women don’t seek help for postnatal depression because they know that safeguarding policies override patient confidentiality. Neighbours saw seven-year-old Khyra Isha eat crumbs off her garden bird table in Birmingham but did not call in “the social” who might have saved her from being starved to death.

Hundreds of people walked past a five-year-old girl who was apparently lost in a shopping centre, in an experiment this year. The only person who stopped said she was “very hesitant” about doing so for fear of being accused of something. And all the while we have protocols, protocols, protocols, of the kind that is now delaying any treatment at all for Ashya King.

Yesterday I spoke to a doctor who has acted both for and against parents in court cases where they have been accused of child abuse. He described a recent conversation between a paediatrician who was insisting on a certain diagnosis and a child’s family he thought were exaggerating. “You must be open minded!” the paediatrician exploded in exasperation. “Why can’t you be open minded?” asked the mother. “That we could just be a normal family with a sick child?”

Ashya King’s case is rare, complex and challenging. But it has exposed a streak of vindictiveness in certain institutions of which they should be ashamed.